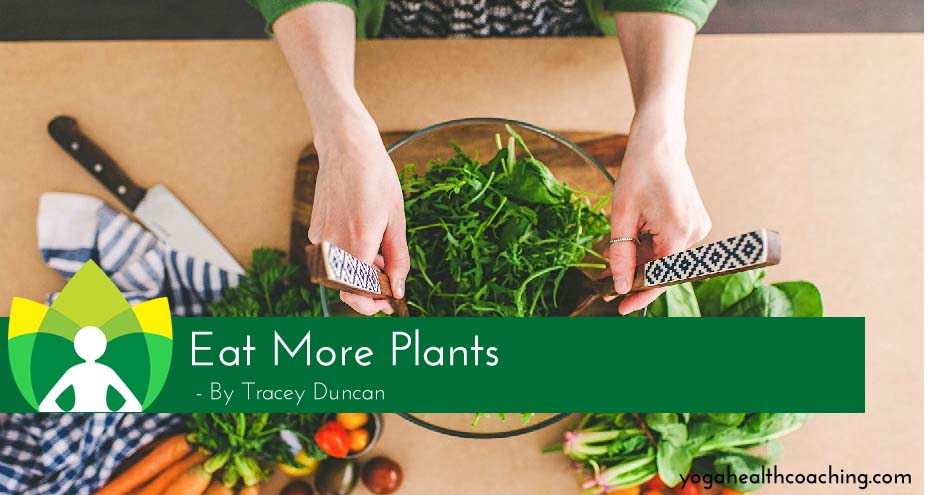 In Personal-Healer, Posts by Tracey Duncan

I could blame these cultural factors, but frankly, I know that I need to take some responsibility here. See, I’m vegan (ish). And despite my constant reiteration that I am a non-evangelical vegan and that it’s not my business to decide whether you should consume animal flesh or not, when people hear a vegan talking about a plant-based diet, they usually stop listening and start groaning. 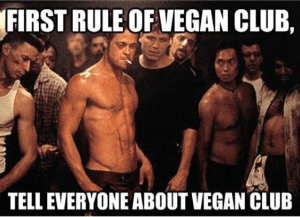 Please don’t do that. Just hear me out. I won’t judge you if you don’t judge me.

Going Vegan is Good for the Environment, Duh!

Seriously, y’all, the environmental argument is just common sense. Do I even need to go there? Think about how many resources it takes to keep you alive. Think about all the water, gas, food, land, jobs, etc. You’re a complicated being and it takes a lot to maintain the health of a sophisticated creature.

Animals (like cows and pigs and chickens) are also pretty sophisticated, and it takes a lot to keep them alive, too. So when we consume other sophisticated creatures, we are using not only the resources that it takes to fuel us, but also all the resources that it takes to fuel them.  Add to that the cost of slaughter, processing, and shipping, and that makes animal consumption a practice that digs deeply into our communal resources.

Plants, on the other hand, make their own food, so they require far less external maintenance. Plus, you can grow them yourself and cut out all of the costs of shipping, packaging, etc. Basically, what I’m telling you is that for the price of some elbow grease and an uptick on your water bill, you can grow a lot of your own food. The cost on society is not only small, it’s actually negative considering that your plants will create a resource that we all need: oxygen.

I’m not touching the moral argument here. Not on your life. What you think is right and wrong is definitely your business. But since we are all yogis (ish), let’s talk about energy exchange and karma.

Our relationship with animals is more complicated. In order to feed them, we must use up some (A LOT) of our human food resources. We could feed 800 million people with the grain that livestock raised for slaughter eat. That’s insane. There are 780 million undernourished people in undeveloped countries and 11 million in developed countries. So, with the food that we use to feed animals, we could feed more than the total number of hungry people in the world.

That is not an equal energetic exchange. We are trading quality of life for 800 million humans for the pleasure of eating meat, instead of just trading carbon dioxide for oxygen. Worst. Deal. Ever. We could feed all 791 million hungry people in the world and still have resources left to eat the occasional hamburger.

And Other Duh! Eating Plants is Good for You

But we don’t eat the occasional hamburger. The average American eats 164 pounds of meat per year. Even if you don’t want to think about the rest of the people on the planet, think about yourself. Meat consumption is linked to a host of health problems, including (but not limited to) heart disease, diabetes, cancer, and obesity. Eating more vegetables can help reduce the risk of these ailments. For example, simply adding a half cup of produce to your diet daily can reduce your risk of heart disease by 4% and your risk of stroke by 6%.

So eating vegetables is good for you. Duh. Moving right along. 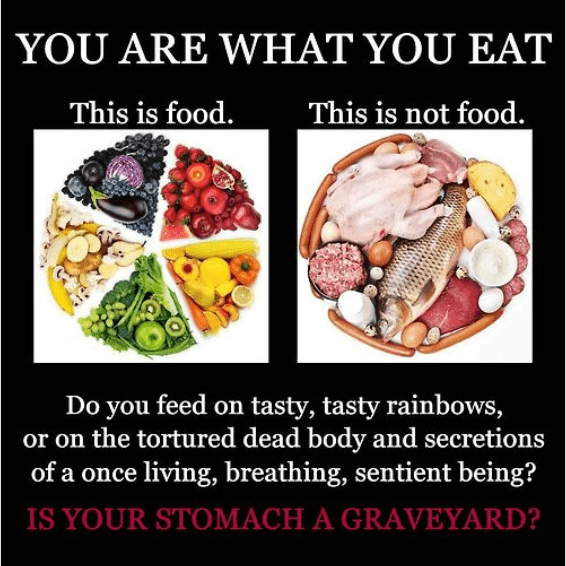 Eating more vegetables is also good for your karma. Since the exchange of energy between humans and plants is basically equal, no karma is created by eating them. When we consume another being, however, we take in the karma of both that being’s life and death. In other words, when you eat an animal, you eat its karma.

So that hamburger at McDonald’s is, karmically speaking, a lot more costly than the $1 you pay for it in greenbacks. It costs you both the life and death of the cow and also all the conditions of its life, death, and consumption. Basically, with that hamburger, you get a lot more than your bargained for: the karma of environmental waste, animal cruelty, factory farming, corporate greed, and underpaid employees. Even if you’re not looking to get enlightened in this lifetime, that is still a pretty fucking expensive hamburger.

So, y’all, if you don’t want to stop eating meat, fine. But consider adding more vegetables. And make sure you know the cost of your dietary choices, not just on you and your family’s health, but on the health of our cosmic community and terrestrial home.

Tracey Duncan is the headmistress of More Yoga, Less Bullshit. Tracey is a straight shooter with a limp wrist. She helps rebellious yogis find their own personal rhythm and connect to cosmic rhythms in unconventional ways.Tracey believes that folks who respect tradition but resist the status quo will be the innovators who can bring yogic and ayurvedic wisdom to the next level. If you are dubious about everything, but dig yoga and want to evolve into your superhero alter ego, Tracey wants to help. Tracey lives in New Orleans with her dazzling wife and six animal compatriots. She is a yoga teacher, a writer, a health coach, and a recovering party girl. She smokes, drinks, and wakes up before dawn to meditate. She is not a role model, and you can too.