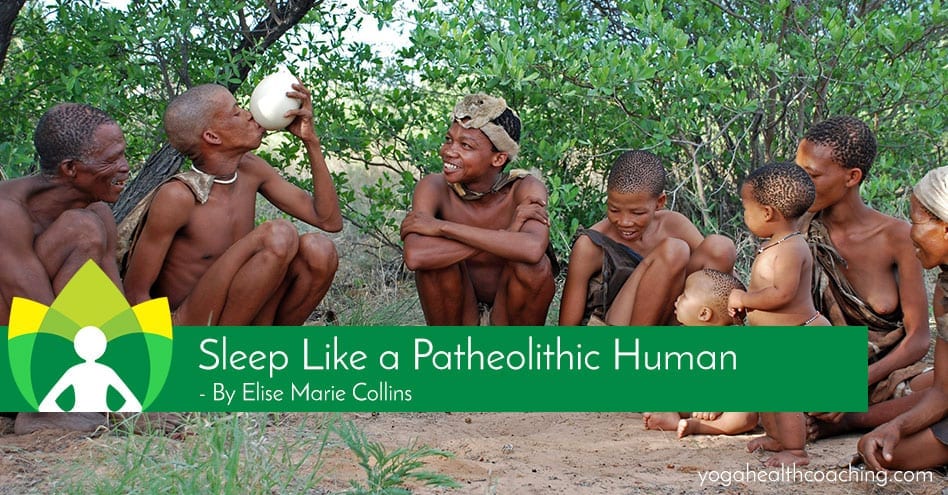 In Personal-Healer, Posts by Elise Collins

A  study published in the Journal of Current Biology sheds new insight into how our ancestors might have slept before iPads, running water and smartphones. The study tracked the sleep schedules of three groups of present day hunter-gatherer groups, The Hadza of northern Tanzania, the San of Namibia and Tsimane of Bolivia.

Without a digital alarm clock, The Hadza, the San and the Tsimane all woke up approximately an hour before dawn.

The average bed time across the board for all three groups averaged 2.5-4.4 hours after sunset. The San and the Hadza live close to the equator and were in bed and dreaming most nights approximately by 10pm.

The investigation was led by Jerome Siegal, sleep researcher and professor of Psychiatry at  University of California at Los Angeles. All those studied had remarkably similar sleep timetables according to Siegal. “Seeing the same pattern in three groups separated by thousands of miles on two continents (makes) it pretty clear that this is the natural pattern.”

As the only sleep study of people who still forage for food and live close to nature, it’s significance can not be underestimated. As humans, we will never be able go back in time and observe how people lived and slept hundreds or perhaps even thousands of years ago.  As a student of Ayurveda as well as Yoga Health Coach, I focus on supporting sleep hygiene in my clients. For this reason, this study has powerful implications. Knowledge of how humans sleep without modern gadgets, stressors and other lifestyle factors informs the science of sleep in unprecedented ways.

Researchers and journalists who reported on the study’s findings made conclusions that reflected cultural bias. The current cultural health narrative seems to emphasize quantity of hours slept over quality of sleep. Following the study’s publication in October 2015, media outlets zeroed in on the average number of hours of sleep for among all three populations, which was 5.7-7.1 hours. Sleep duration or time,“in bed” averaged 6.9-8.5 hours

The Los Angeles Times reported, “Our ancestors were just as sleep deprived as we are, scientists say.” National Geographic announced, “People without Electricity don’t get 8 Hours of Sleep Either.”

Ayurveda informs us that sleep between 10pm-2am is the best quality sleep.

All groups in the study slept consistently during this time. Researchers noted that napping was almost unheard of in all three groups. There was no word in either the San or the Tsimane language that described insomnia, an indication of it’s rarity.

Anna Welle, Ayurveda practitioner explains the power bequeathed to those who follow a similar sleep schedule to the Tsimane, San and Hadza. “When we go to bed early, we are aligning with and strengthening and enhancing our own internal nature.”

Ayurveda, the foundation of Yoga Health Coaching advises people to live in alignment with the rhythms of nature, yet most modern humans live in climate controlled conditions. Researchers believe that the patterns revealed in the sleep study indicate that temperature plays a large role in sleep onset and wake up time. The study’s data suggests that for people who live without electricity, slumber is triggered by drops in temperature. 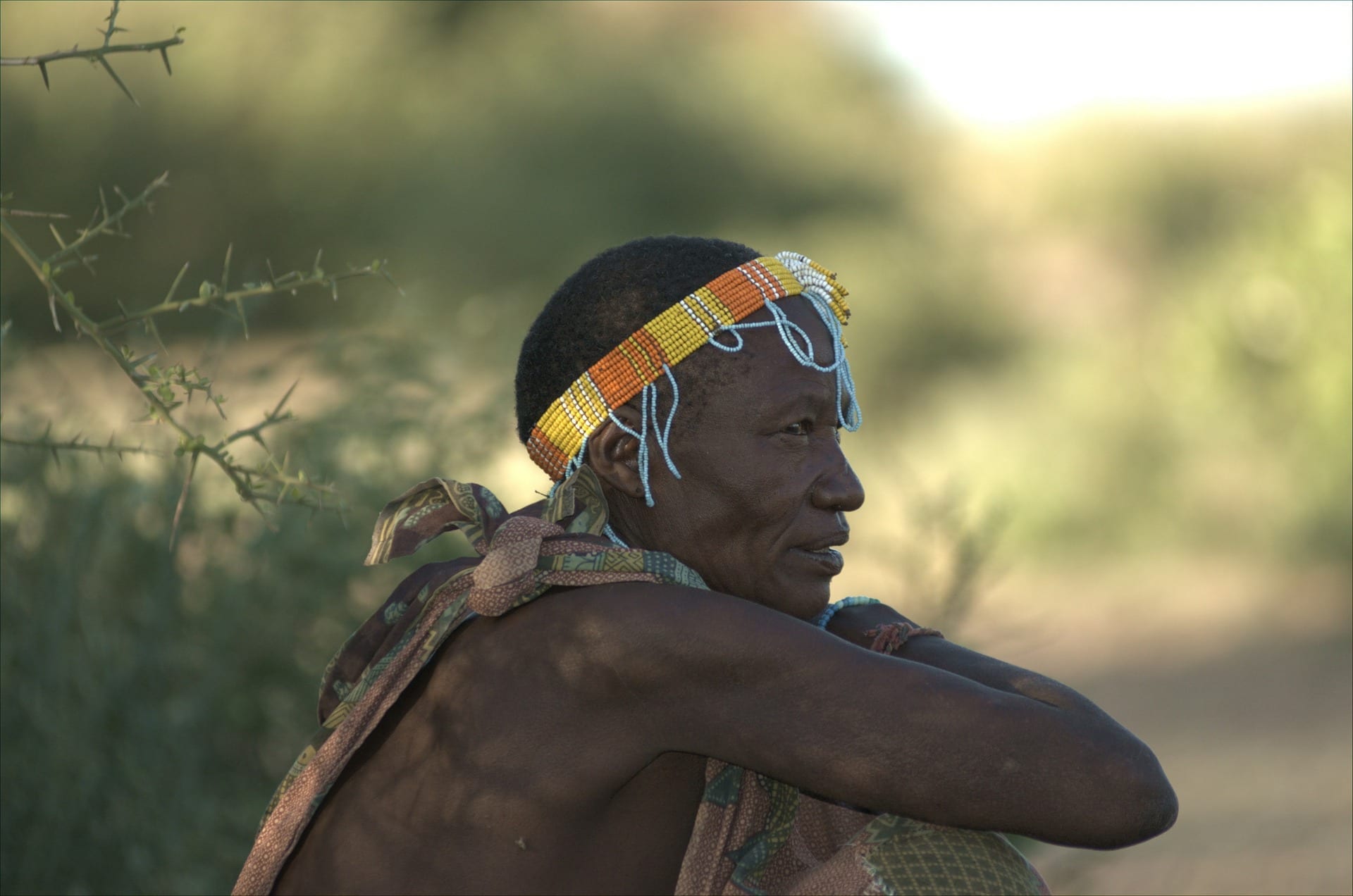 On average all three tribes slept about an hour more in winter, another data point that correlates with Ayurveda’s guidance on getting extra rest during the winter months.

Perhaps living in harmony with nature’s rhythms has more of a regenerative effect than science is presently able to quantify. Instead of giving a green light to sleeping less than 8 hours, maybe more research could be done on the quality of sleep among these three indigenous communities. 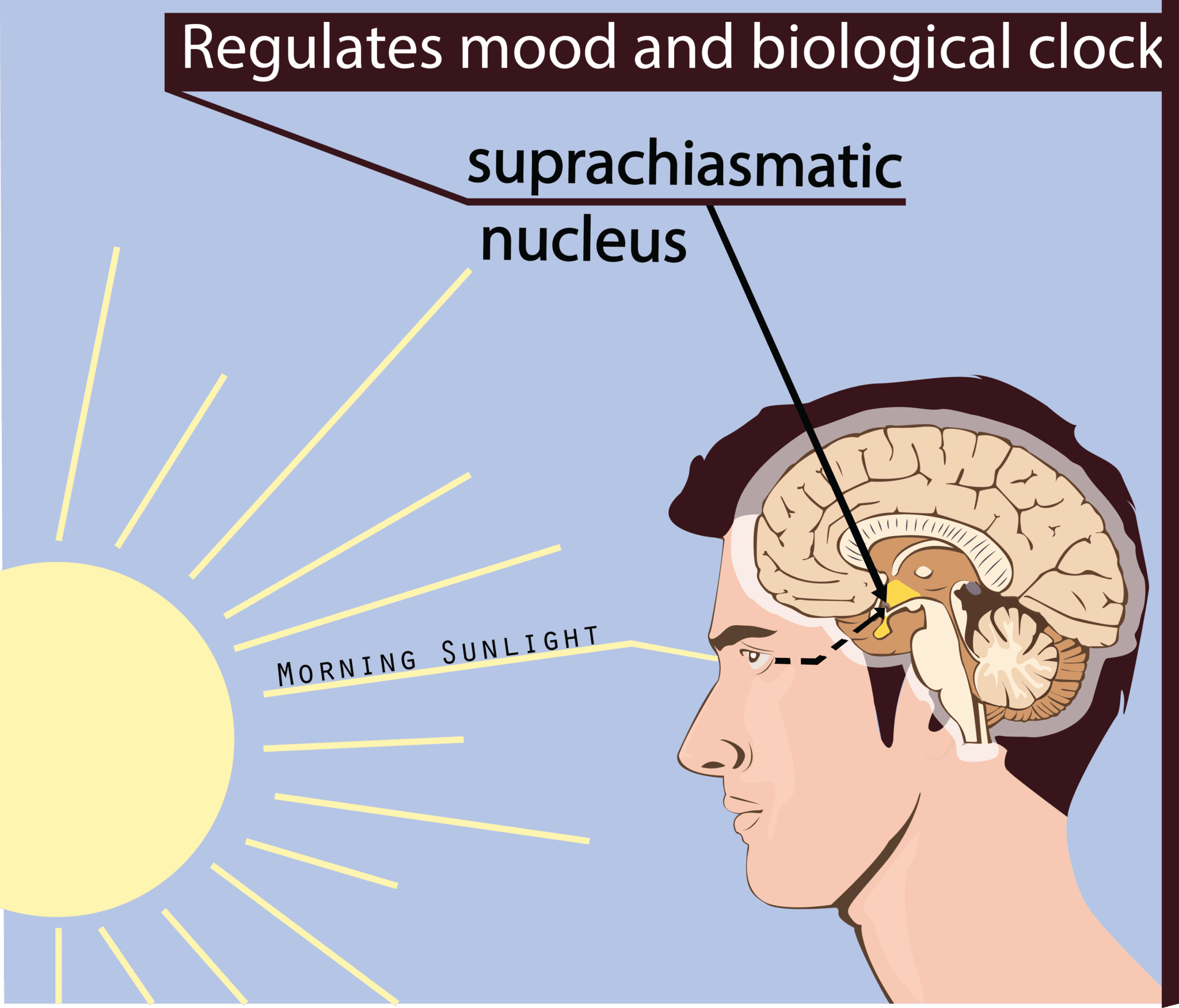 The team of investigators noted that all three groups received maximum exposure to morning light. Previous scientific studies have suggested that morning light reduces anxiety, improves sleep quality and may promote other positive effects on the brain. Ayurveda teachings stress the importance of morning time and morning sunlight. According to Anna Welle, morning has a specific quality that nourishes not only our body, but our mind and spirit. Clearly annual seasons affect the growth and dying back of our ecosystem, the ancient Vedic texts describe that diurnal or daily rhythms affect people as well. “Just as we experience spring and summer as having their own unique qualities, early morning, afternoon and evening also have their own qualities. The qualities of early morning are light, etheric and expansive. ”

The study’s analysts believe that morning light may play an important role in “regulating mood and the suprachiasmatic nucleus, a group of neurons that serve as the brain’s clock.” according to the UCLA newsroom.

Head researcher, Jerome Siegal theorizes that, “Many of us may be suffering from a disruption of this ancient pattern.” His words strike a chord with me

and what I have learned from Ayurveda. In my opinion, the data from this sleep study reflect an ancient human relationship with the earth. When people disregard our biological connection to the day’s rhythm, I believe our health and sleep quality suffers.

For sound sleep, some of the best advice may come from the Vedic sages.

Go to bed by 10pm and wake up at before dawn.

A former nightclub DJ turned yoga teacher, Elise Collins stayed up way too late for many years. Although she embraced a healthy lifestyle, she had difficulty sleeping and staying focused while she taught yoga, raised her son Krishna, filmed live music and wrote two books on holistic health, Chakra Tonics and An A-Z Guide to Healing Foods. Longing for sustainable systems that would allow her the energy and ability to follow her passions, she found Yoga Health Coaching, a system she now shares with students and clients. Her specialty is helping people to listen to their bodies to create foundational health habits that enable them to live like rock stars who get to bed ‘early’ most nights. Connect with Elise on her website, Facebook or Twitter