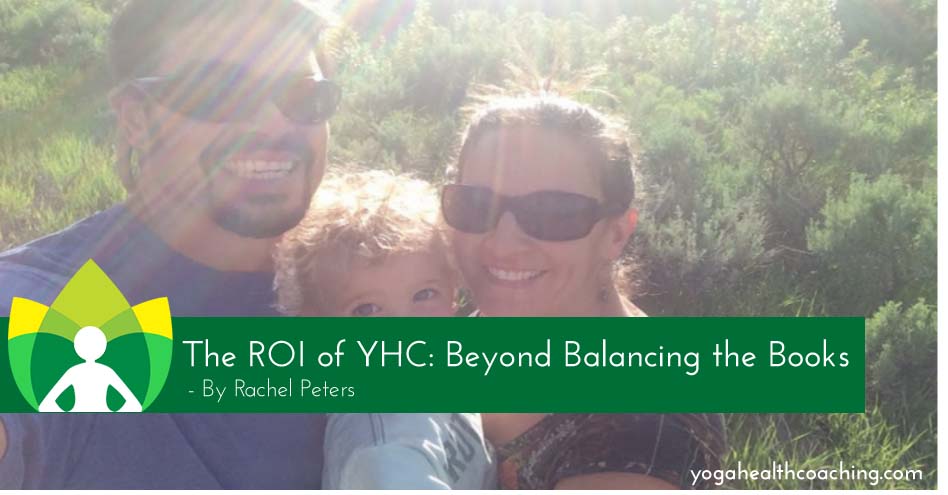 The ROI of YHC: Beyond Balancing the Books

Let’s talk about ROI. The first time I consciously invested thousands of dollars in myself at one time, without having much to “show” for it, like a new mountain bike or a kitchen remodel was when I signed up for a year long meditation immersion. The second time was when I enrolled in the Yoga Health Coaching program.

Both decisions have impacted the course of my life in profound and surprising ways.

I could have bought a new (used) car instead of the meditation immersion. I needed one. I was driving a 1998 Toyota Pickup truck (aka Sweet Pea). She she needed love. She didn’t have a speedometer, the tailgate was held up with a stick and I couldn’t lock it. It was time to consider letting go of her and getting something more reliable, at least that was the story I told myself. After weighing out pros and cons I realized I could drive that truck for a while longer, I mean come on, it’s a Toyota and the perfect camping truck (besides the fact that I couldn’t lock it) and I’m certainly no primadona.

The ROI of a Meditation Practice

The return on investment (ROI) from a daily meditation practice was clearly self love. The ripple effect was a healthy marriage and beautiful son. So, I guess you could say I made my money back tenfold and if I knew then, what I know today I would have paid 10x the amount of the course. 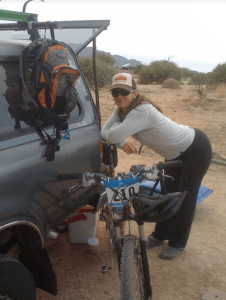 I chose self love, over a Subaru and would later choose slaying my limiting beliefs over the status quo.

As a longtime member of the Yogahealer community I knew something was coming down the pipe. I had participated in a handful of the Yoga Lifestyle Coaching pilot calls, where Cate was testing the content and was intrigued with the concepts and curriculum. Once the first version of YHC was open for enrollment, I signed up for a phone conversation with Cate to see if it was a fit.

Sold theoretically in the first ten minutes, even though I didn’t know the investment for the course yet.

My strategy session with Cate took place. I remember vividly writing down notes and numbers and tapping into a world of potential that I had lost in the current makeup of my life.  I had been in an academic administrative role for a long time and yearned to transition, but had no plan or vision on how to do it. The previous fall I had closed my yoga studio. I was still teaching 6 public classes a week, working full time and interested in transitioning to something more aligned with my purpose and that brought more joy in my life, but I was scared.

Cate was full of thought provoking questions that sparked me to consider where I wanted to be 2 and 5 years from then. We sketched out possible scenarios of income if I pursued the path of a Yoga Health Coach. It felt realistic and promising.

The Power of the Exchange of Money 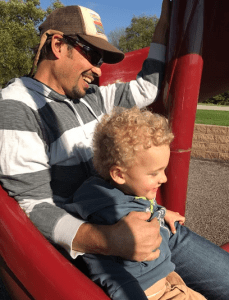 Then the moment came when we spoke tuition.  Let’s just be clear, when she told me the cost of the course I needed to take a
deep breath and write it down in my notes with (ahem) a few exclamation points! I had never spent that much money on myself and it was the clearest I’d been in a while when I told her I would need some time to consider it. After having invested in my meditation practice in such a way, I knew the power of the exchange of money, that nothing is free and the more uncomfortable it was, the more I would get out of it.

She gave me five days to decide.

My mind raced with the the classic list of pros and cons.

As I sat with the idea, it was clear my heart was giving the investment a clear “YES”, but my mind was stopping the show. I went home to my husband to get his support. The cool thing for me is I didn’t need his financial support. I was in a good paying job and my side hustle as a yoga teacher brought in enough money for me to reinvest in myself and my professional development, but this was bigger.

Later I would learn that I needed my husband to be onboard with me moving in this direction, because I would be planting the seeds for a major transition to lean in and leap away from my job.

The Pros and Cons of Investing in Yourself

Reasons to take YHC and invest:

Reasons to not take YHC and maintain the status quo:

I could easily have used the classic excuse of lack of affordability, play the fear card and maintain existence in the status quo. The 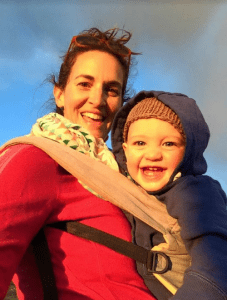 truth was, I knew the potential for my personal ROI. The meditation immersion was a perfect example and it rocked my world in all life affirming ways and in that model I was never going to “make back” the money I invested and yet the ROI was so clearly a new level of happiness in my life and in my relationships. The money was there, I couldn’t use that as an excuse anymore.

I needed to be willing to prioritize my own personal and professional path.

It was a lot on my plate, but pushing this opportunity aside felt like making another excuse for not following my heart. I had done that too many times.

Five days went by. My husband and I were headed to the airport to visit family and I paid the invoice in FULL with my phone. I didn’t even call. I just paid. On our first group call, the question surfaced, “what is the one thing you want to work on during this program?” I answered, “I want to shift the limiting beliefs I have of myself and step into my true potential.”

I found myself motivated to make back my initial investment in the first year. It seems wild to share, but I made back that initial financial investment in the program x 3! I could hardly believe it when I ran the numbers at the end of the year, but it was TRUE! The crazy thing is, the ROI on this course has less to do with making the money back and more to do with recognizing the kind of person I am today because of it and honoring the person I’m becoming.

So much of my gratitude is anchored in the transformational experience, that is so much more profound and deep than any numbers. If you find yourself wavering or unsure about your next big investment in yourself, know the ROI might be more than paying yourself back on the financial end, but may just launch you in the direction of your dreams.

Rachel recently left an academic administrative position of almost twenty years to dedicate herself more fully to helping others tap into their purpose, align their habits with their deeper wisdom while redefining their relationship with time. She is super stoked to be the Coaching Team Manager for Yogahealer & Yoga Health Coaching. This merges her savvy admin skills with her love of conscious business. She’s an entrepreneur, a mother, a wife and a lover of wild places. As a Certified Yoga Health Coach, with an MA in Environmental Studies, and Certified Yoga Teacher, she’s primed to provide another level of conversation at this dynamic intersection of yoga, ayurveda and living in alignment with nature.